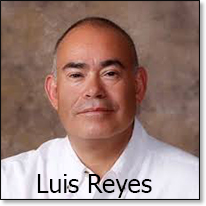 Want to know what’s going on at Kit Carson?

Join us on Tuesday, January 15, with Luis Reyes, CEO of Kit Carson Coop and Kit Carson Telecom, and find out.

Join the conversation about what you would you like Kit Carson to do for businesses and Economic development in our region.

Learn . . .
• How Kit Carson supports small businesses
• What Kit Carson is doing to enhance quality of life and cost of living in our region

Kit Carson was awarded a $45 million grant and an accompanying $19 million loan from the American Recovery and Reinvestment (ARRA) stimulus funding. The project is expected to span about 3,000 square miles of New Mexico and will include smart grid technology in addition to high speed broadband to rural communities. Kit Carson “fiber-to-home” project will allow greater bandwidth, providing the quality necessary for applications such as telemedicine, teleconferencing and video sharing for education, business and entertainment. Once completed, the co-op’s project will make broadband service available to 29 communities, reaching about 20,500 households, 3,600 businesses and 183 community institutions, including hospitals, schools and other government facilities. Two Native American pueblos will also receive broadband service once the project is complete.

DON’T MISS OUT!
Subscribe To Newsletter
Be the first to get latest updates and exclusive content straight to your email inbox.
Give it a try, you can unsubscribe anytime.