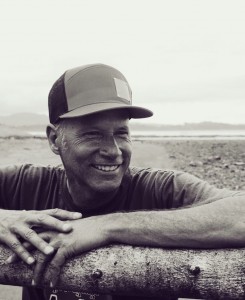 David began his career in the resort industry working for the SE Group where he was responsible for the development of two new ski resorts in Japan and Korea.

David worked as Project Manager for the Hines Resorts development of Aspen Highlands Village, Colorado. He also served as vice president of Spruce Peak Realty of the AIG Global Real Estate Investment Corp, where he was instrumental in launching the renaissance of the historic Stowe Mountain Resort and securing the first-ever Audubon International Certified Sustainable Community designation.

Prior to relocating to Taos, David worked as the founder and president of Owls Head Partners, an international resort development management company where he provided planning and development services for numerous resort communities, including La Estancia de Cafayate in Argentina.

David is vice-chair of Taos Community Foundation and sits on the Taos School of Music board of directors. When not in the mountains, David seeks time in coastal locations with his wife Trisha and two children, Kai and Annika.

DON’T MISS OUT!
Subscribe To Newsletter
Be the first to get latest updates and exclusive content straight to your email inbox.
Give it a try, you can unsubscribe anytime.